This page is dedicated to the Lagenda cats that have been rehomed. Although we have rehomed a few Lagenda kittens, every time it is the same, I really, really have difficulty letting them go and it is really difficult to let go. So please bear with me, if you are looking for kittens, look elsewhere :).

LAGENDA MEGA CIKU JR (No. 3 of Litter A)

The first to leave the nest on 7 April 2012 to stay with the Ciku Kiwis. She has since been rehomed in 2013, whereabouts and condition unknown as we were not informed of the new owner’s name except he stays in Putra Heights. Please take care of my baby girl. 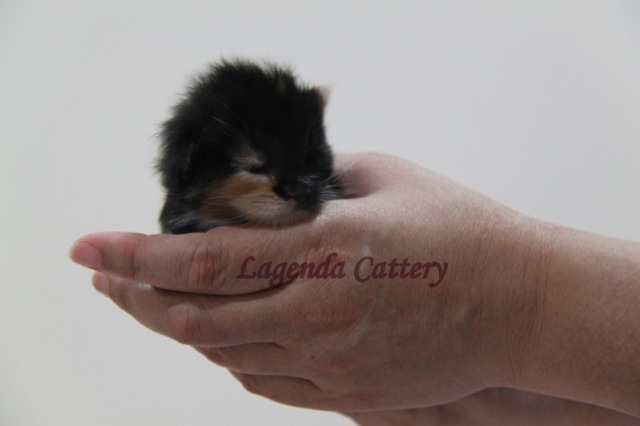 Update : We are happy to note that the new owners have contacted us. She is now happy and healthy staying in her new home 😀 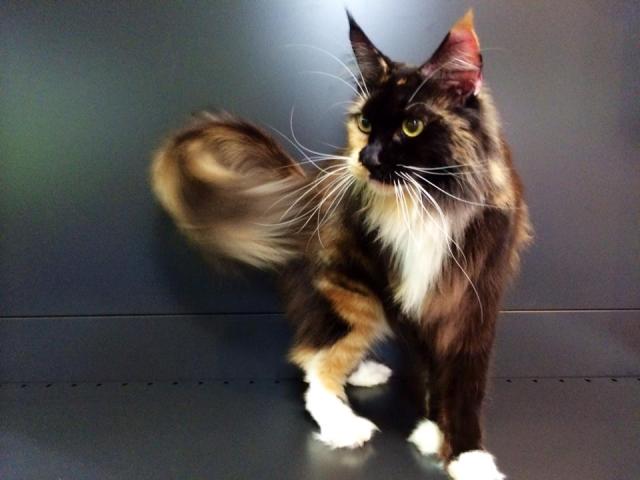 LAGENDA SHAH PUTRA (No. 2 of Litter B) 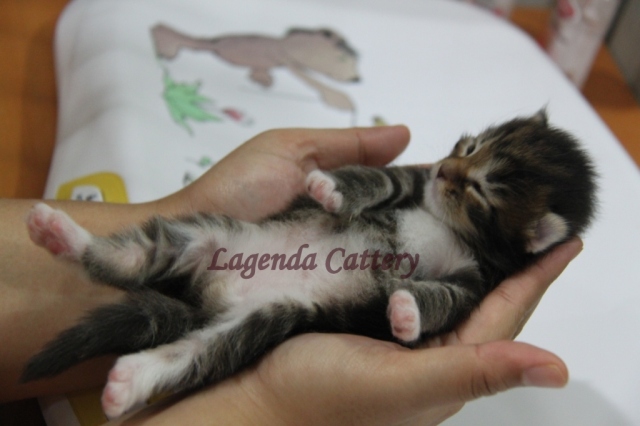 Shah left us on 8 July 2012 to stay with the Saljus in Johor Bahru. Unfortunately, God loves him more and he crossed the rainbow bridge in early August 2012. He was the first to leave us and even now, he still brings tears to my eyes when I think of him. You are sorely missed but I bet you are happily chasing the angels and butterflies wherever you are.

GP LAGENDA ADDY PUTRA (No. 1 of Litter A) 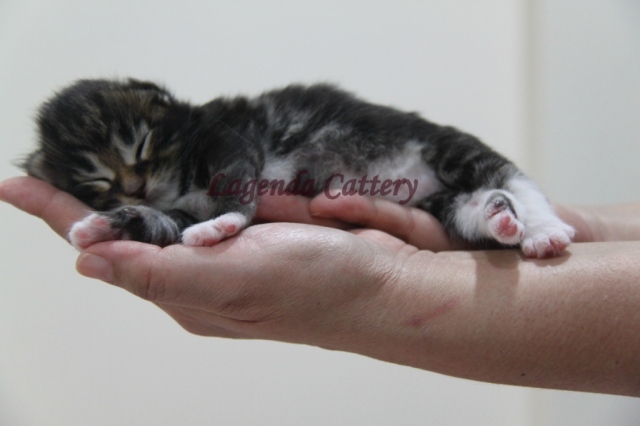 This cutie pie is now happily staying with Mastura and Zakie in Shah Alam. 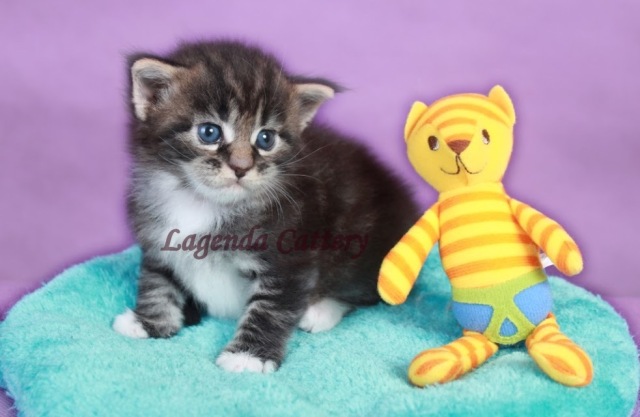 Chubby Chun Chun as she was fondly known (she was really chubby when she was small) is now staying in Bukit Jelutong and terrorising her new mistress. Please behave girl, your new mommy loves you to bits so stop bullying her ok?

CH, PR LAGENDA BAHTERA IFTAR PUTRA (No. 2 from Litter B) 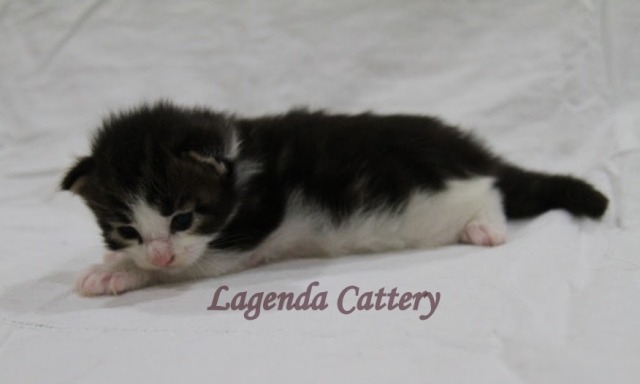 This gorgeous, gorgeous, gorgeous boy (an almost replica of Muezza) was snapped up by a nice family also staying in Bukit Jelutong. Thank you Nuriman and family, you have made us happy to see that Iftar is thriving and happy staying with you.

My lovely Eskerina (named after one of the characters in the Discworld series by Sir Terry Pratchett) is now staying with the Saljus from Johor Bahru. Shafiq and Aida – we hope that she will bring honour to both our catteries in your breeding programme.

(Errr, cannot find good photos of her – sigh….. case of girl not sitting still or posing prettily for the camera) 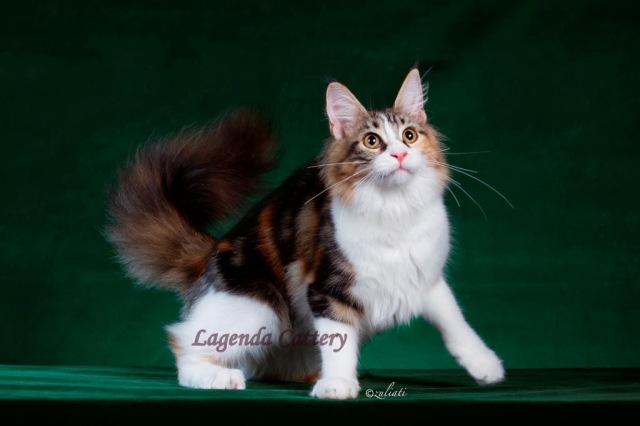 Elvira is now happily staying with Andri and his family in Melaka since 18 January 2014. We hope she will bring you joy and happiness and also success in your breeding programme.

Excalibur Addy and Elrond Shah (we have similar pairing as per Litter A) – I will always have to look at both of them before I can safely say which one is which although I know that Elrond is the warmer brown and Excalibur is the darker brown. 🙂 In the following picture, Excalibur is the one at the top :). 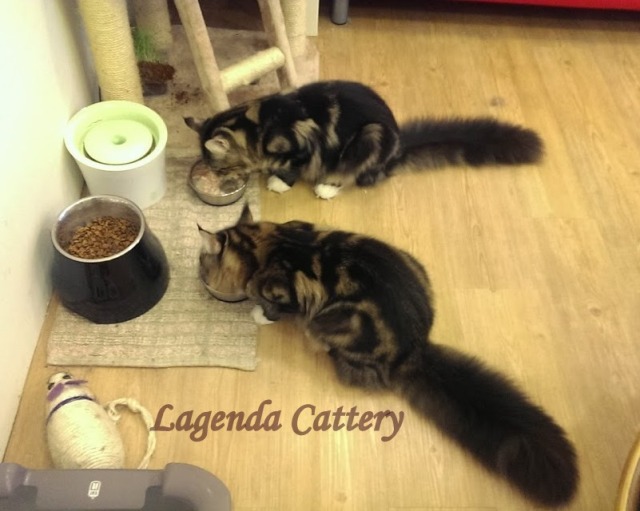 Excalibur is now with Atirah and Khalid although temporarily he is currently with us recuperating from an injured ankle.

Ahem, Elrond was supposed to be rehomed in February 2014, we asked for deferment as we wanted to use him in our breeding programme. Unfortunately, the first try was not successful so we have just done the second mating. Hopefully Sasha will conceive from this union. We have to send him to his new family on 1 May 2014 (waaaaaaahhhhhhhh, trying to shake off my attachment to him ……)

Update : Sasha gave birth to 9 healthy kittens but Allah loves one of them better so he crossed the rainbow bridge at the age of 40days :((. I still miss him whenever I look at another kitten that looks exactly like him but is of smaller size….. Elrond has left us to stay with Azhar and his lovely family.

This gorgeous girl left us on 15 April 2014 to stay with Alysha and her family. I hope you will be happy there darling and please don’t bully your new sister or her family ok? 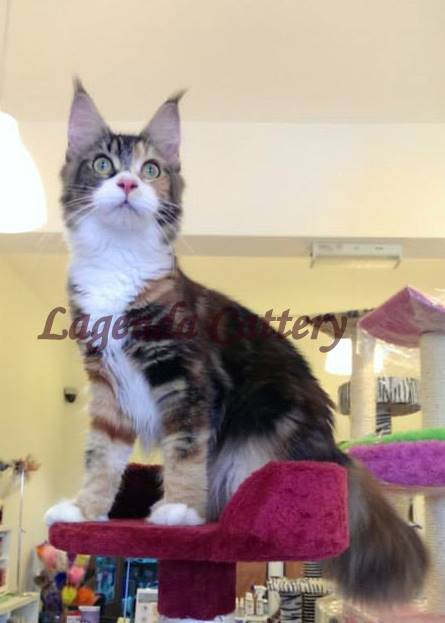