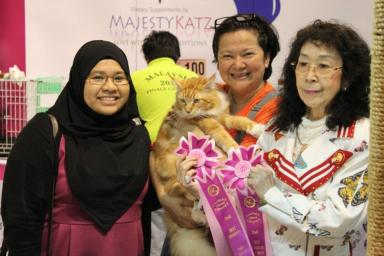 Hello and welcome. We are a small hobby based cattery located in Shah Alam, Malaysia. We breed maine coons for quality and not quantity and since early 2015, we have started to breed Norwegian Forest Cats as well also for quality and not quantity. Our cattery is registered with the Cat Fanciers’ Association (CFA), The International Cat Association (TICA) and the Fédération Internationale Féline (FIFe).

Please view our basic rules first if you are interested to have a Lagenda kitten.

As of January 2016, Lagenda team has expanded their cattery to include Norwegian Forest Cats. Please click on the NFO link to view our cats (yet to be updated). 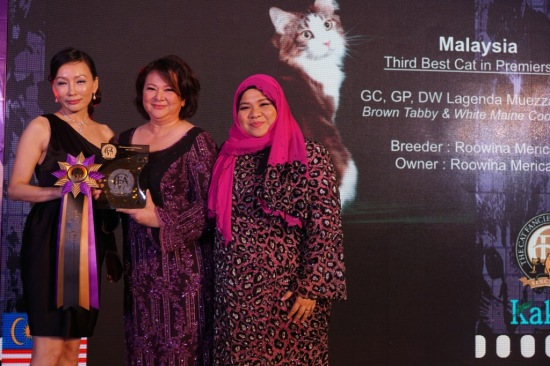 Our finest achievement – receiving Muezza’s trophy for being 3rd Best Cat in Premiership (Malaysia) for season 2013/2014. Our first DW title!

Show season 2014/2015 ended with a bit of a drama for us as we did not expect any Divisional Awards since we did not campaign as we did not have any suitable adults. But our kitten Lagenda Jedi Bon Bon Putra (Litter J) from the union of GC Lagenda Elrond Shah Putra and Zikhafri Haley Arusha of Lagenda came home at the last minute with a DW under Kitten Category. Oh WOW!

As of end of the show season 2015/2016, we have achieved our target of getting 10 of our kittens granded under CFA to enable us to achieve the Cattery of Distinction Award (Tier 1). Another milestone for the Lagenda Cattery. Our cats that have granded in alphabetical order :

Thank you my darlings Putra, Citrus, Bianca, Ike, Sasha, Elrond and Addira Putri for producing such nice kittens. And thank you to the breeders from Arena Cattery (Putra), Multicoon Catttery (Citrus), Embellie Cattery (Bianca) and Zikhafri Cattery (Ike & Sasha) for entrusting us with your precious babies.

For any queries regarding our maine coons or norwegian forest cats, you may contact us at rmerican1@gmail.com. And please note that we treat our cats as family.